Nick Ayton and the climb of a technology thought leader… An internationally recognised technology thought leader, Nick works with boards to help them overcome the pervasive nature of new technologies that include Quantum Computing, Artificial Intelligence, QuantumAI, Nano Materials, VR and Blockchain, as opportunities and threats for business operating model improvement, customers and the top line growth.

Nick Ayton and the bitcoin generation: There was an uprising similar to Bitcoin the 1960’s in London (a movement) where the average working man on the street, the young and disintermediated, pushed back. They spoke out as individuals and no longer wanted to conform or be suppressed as part of an obedient crowd. This was a break-out because the UK was stuck in a post-war grey period, a dull society where the powerful liked it that way and social norms encouraged conformist behavior as sheep. This young generation spawned the Beatles, The Who, David Bailey, Twiggy, Vidal Sassoon and Mary Quant – the mother of the mini-skirt suddenly developed a voice. They were part of a liberating movement, an emerging culture that encouraged people to express themselves and they did, and there was nothing the establishment could do about it.

Nick Ayton has spent more than 4 decades in tech fields, trasforming businesses and deploying the latest tech for competitive advantage. He has the knack of making the complex feel familiar and gets to the issue quickly. He gets you thinking and helps you take action, to have the right plans in place for what is to come. He is a Writer, Speaker and Lecturer about Blockchain and ranks in some lists as one of the most influential Blockchain experts on a global scale. He was named as a Fintech 100 Influencer for 2017 and number 21 at the rise blockchain Top 100. He has chaired various Blockchain events and has been a keynote speaker to various events. He has also runned sessions for boards and hosted Blockchain Hackathons.

Generation X revere the technology, generation Z are odd because of it, and even the baby boomers understand the value of the web to help them lead more fulfilled and better lives (Airbnb, Uber, Easyjet, Secret Escapes to name a few). Everything is online, we live online, we accept online, despite the Web being vulnerable, despite the hacks and threat of our identity being stolen, despite the fact online nobody knows who anyone really is. Yet we accept the benefits and conveniently forget any misgivings. The web sits on top of the Internet giving us Http:// and now has a new friend called Blockchain, that, rather than giving us a network connectivity of many to many, going through a central party (validating point) goes peer 2 peer and doesn’t requires a third party to be involved. Of course what I am describing is the Bitcoin payment system that writes transactions to a ledger called the Blockchain. Although everything related to this new technology, which isn’t new at all, is now called Blockchain. Discover even more info on Nick Ayton.

“We were so fortunate to not only have Nick Ayton as Keynote on our Global Accelerator Program but also a speaker at our Global Investor Summit in London on 17th July 2019. Working with Nick is so inspirational I was indeed taken with his knowledge, experience and expertise, an outstanding speaker, both charming and entertaining” Design & Build Propositions: We help Founders create and develop their propositions to disrupt industries and markets. Nick is number 21 on the Rise Top100 Blockchain people and Global Fintech 100 influencers of 2017. He is an author, speaker and educator and well known Blockchain evangelist. Nick has a background in computer science, has had 8 tech start ups and held a range of corporate roles in the technology services sector including running a €6.6billion P&L with 66,000 staff working for Siemens, CapGemini, CSC amongst others.

NickAyton on crypto app tokes : There are other new App Tokens on their way for climate, for sustainability, for tackling some of the world’s biggest challenges and in a real sense they matter, deliver an impact and it is important we earn them and get behind them. One of the most hotly debated topics around cryptocurrencies is what people can actually purchase with Bitcoin and its altcoin brethren. With Bitcoin’s 10th birthday just around the corner, it’s worth taking a look at some of the most outrageous and expensive things people have been able to purchase with BTC. 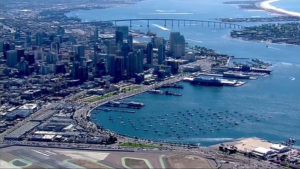