Meet Nick Ayton and some of his cryptocurrency entrepreneur achievements… Nick Ayton on the crypto generation: The power of sending money to someone without going through a central banking system is profound, a transaction that cannot be tampered with by dark forces. Be under no illusion: Bitcoin has rocked the people in power to their core, and they don’t know what to do next. I have been in technology for over 4 decades and seen mainframes, minicomputers, the PC revolution and the birth of networking (from its packet switching roots) and then the internet. Each had a profound impact on peoples’ behaviors, the nature of their work and productivity and the rules of the bigger game that is being played out. What I have learned is the blockchain technology offers a structural transformation to society both good and bad. Previously, technology has been held back by those that feed the hierarchy of power, making the tech conform rather than unleash its potential. Where core systems were designed around draconian tax, legal and accounting structures have since strangled businesses, becoming a centralized ‘system of record’ that forces all parties to keep their own version of the truth.

An all around the world acknowledged technology thought leader, Nick works with CEOs to help them overcome the pervasive nature of new technologies that include Quantum Computing, Artificial Intelligence, QuantumAI, Nano Materials, VR and Blockchain, as opportunities and threats for business operating model improvement, customers and the top line growth. Nick Ayton has worked more than 4 decades in tech fields, trasforming businesses and implementing the newest tech for competitive advantage. He has the knack of making the complex feel familiar and gets to the issue quickly. He gets you thinking and helps you take action, to have the right plans in place for what is to come. His most recent project 21 million , will launch an ICO 12th June 2017. 21 million aims to make a crypto-funded blockchain indy tv series about the Bitcoin Revolution, an asset backed Token and a new Media and Film Production business on Ethereum. He advises a range of clients and sits on advisory boards of several Blockchain start ups supporting the founders.

“Nick is one of the few people that can explain the complex so I can immediately grasp its importance.” Chainstarter Ventures has a broad International contact base of Investors, Funds, UHNW and Families where we match project opportunities with capital. Nick is number 21 on the Rise Top100 Blockchain people and Global Fintech 100 influencers of 2017. He is an author, speaker and educator and well known Blockchain evangelist. Nick has a background in computer science, has had 8 tech start ups and held a range of corporate roles in the technology services sector including running a €6.6billion P&L with 66,000 staff working for Siemens, CapGemini, CSC amongst others. Explore even more info at Nick Ayton.

There are other new App Tokens on their way for climate, for sustainability, for tackling some of the world’s biggest challenges and in a real sense they matter, deliver an impact and it is important we earn them and get behind them. One of the most hotly debated topics around cryptocurrencies is what people can actually purchase with Bitcoin and its altcoin brethren. With Bitcoin’s 10th birthday just around the corner, it’s worth taking a look at some of the most outrageous and expensive things people have been able to purchase with BTC.

NickAyton on crypto app tokes : But a slow visible Kodak-like decline won’t happen this time. Before long one of the thousands of people and organizations working on redefining and reinvent your market will do it, and then it is more likely your entire industry will be washed away, taking you with it… The lack of understanding in the board room can create a falsehood that there is safety in numbers, that scale and market share delivers some form of protection; that IT outsourcing or digital transformation will deliver marginal improvements in performance, simply put is no more than putting lipstick on the pig. These projects deliver lots of activity that can convince management everything is OK, while others are envisioning new ways of delivering 10x the Customer Experience through new value at less than 50% of the cost. A new generation of entrepreneurs is working hard to use Blockchain to destroy your shareholder value, completely. 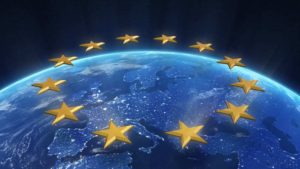