Nick Ayton or the ascent of a high tech influencer… Nick Ayton on the bitcoin generation: I witnessed my dad commute for 35 years every day, missing out on so much, and as a child, I only saw him only on the weekends. The labor force has changed and big companies don’t know how to deal with it, attract and retain talent because, for this generation, working for a large company represents the ‘treadmill’ that you get on, that burdens you with financial obligations, that never stops until you retire and then die. Then we have Generation Z, they have few social skills, can’t look you in the eye and many have ‘digital dementure’ which will have a profound impact on the workforce. It is all changing before our very eyes. Technology liberates the information making everything accessible, something some states don’t like (China, North Korea) as governments that concentrate power more than the western economies (who do allow allegedly free markets to work and for some to make money) and ‘extraction economy’ preferring to keep the people dumb and in the dark as they rely on “ignorance to be strengthened” and for government, this means they embed it.

An all around the world acknowledged technology thought leader, Nick works with executives to help them understand the pervasive nature of new technologies that include Quantum Computing, Artificial Intelligence, QuantumAI, Nano Materials, VR and Blockchain, as opportunities and threats for business operating model improvement, customers and the top line growth. Nick Ayton has spent more than 4 decades in tech fields, improving businesses and implementing the latest tech for competitive advantage. He has the knack of making the complex feel familiar and gets to the issue quickly. He gets you thinking and helps you take action, to have the right plans in place for what is to come. Nick Ayton is currently writing a book entitled “Blockchain Design and Implementation Strategies” due to be published in 2017. Nick has published a range of White Papers and articles and is London’s correspondent for CoinTelegraph. Some of his articles include: Myths about Blockchain, 50 Shades of Blockchain, Ignoring Blockchain is Corporate Suicide, Blockchain Returns Trust, Blockchain will Change Asset Management as we know it. White Papers include Global Custody Asset Management, Insurance Claims and Marine Insurance on the Blockchain.

“Nick has a way of getting through to audiences by scaring them a little, then making them laugh. A thought leader and futurist I very much enjoy listening to him” We work with Founders and Management Teams to help them prepare for investment discussions. Nick has designed Blockchain Operating Models for Insurance, Asset Management, Capital Markets, Trading and Lectures at a number of International business schools. In 2012 he created the first Fintech Self Service Pension Platform growing at 131% per quarter. Nick is currently advising several Blockchain entrepreneurs supporting a number of Initial Coin Offerings (Crypto-crowdfunding) and is London Correspondent for CoinTelegraph. Find even more info at Nick Ayton.

We have certainly come a long way since the infamous Bitcoin pizza incident, where Laszlo Hanyecz ordered two pizzas from Papa John’s for 10,000 BTC back in 2010. It goes to show how much progress has been made in eight years — especially when you take a look at how much you’d pay for those same two pizzas with Bitcoin today. Given the gradual rise in value of Bitcoin over the years, early adopters who got their hands on substantial sums of the cryptocurrency found themselves with an incredible amount of wealth in the last two years.

Nick Ayton about crypto app tokes : It is going to happen, leaving you no time to react. At that point it will be game over for your business, shareholders as staff and customers move on to become customers of a new Blockchain enabled business. The Rise of eCommerce was fast, Blockchain is like eCommerce on steroids and Viagra all at once, in an F1 car… Blockchain is a destructive technology capable of destroying shareholder value very quickly, far quicker than eCommerce did that sat on the Internet as part of Tim Burners-Lee’s WorldWideWeb. It was a layer that in 1993 enabled the then new commerce ‘e’commerce to be created. That took just a few years to be accepted, and for new applications as business enablers to become the new norm. Commerce that today comprises Amazon, PayPal, eBay, Alibaba, WeBank, and every business on the planet that has a website that drives commerce and is part of a global integrated supply chain where things can be delivered the next day. 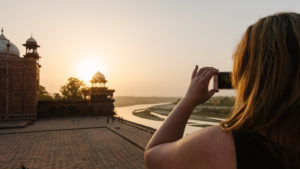