The rise of a gifted pianist : Johnny Hachem: Johnny Hachem is one of the most brilliant pianists in today’s time. He has performed at various international festivals, including ones held in Ukraine, Lebanon, Switzerland, England, Austria, Germany, France, Spain Poland, Romania, The Netherlands, South Korea, as well as the Arab countries, where he played his solo works. It wasn’t until later on when young Johnny discovered how much talent awaited him in the music industry. He is a music prodigy who started learning piano and composition at the Lebanese Higher Conservatory of Music. He earned his master’s degree there with distinction too! See extra info at Johnny Hachem.

I love that everything I do is to be original and unique and not only to follow the music market. At the same time I profit from the technology and the new softwares to the maximum. For example, a few years ago, I composed the orchestral music for a documentary film using only the VST instruments. I believe that I must gain from anything that can make the composition process smoother and faster but it must always meet uniqueness and genuine originality.

Currently, Johnny is preparing for a series of piano concerts that he will perform in various European countries in the near future and says that the proceeds will be donated to the families affected by the war in Lebanon and Ukraine. He believes donating to humanitarian causes gives meaning to his musical message. Johnny Hachem has come a long way, and even though he faced a lot of hurdles, he refused to give up. And finally, he has been successful in achieving his dreams. Now he wishes to guide the aspiring musicians and pianists in the world to accomplish what he has done over the years of hard work. “Do not try to imitate successful musicians and stars. Instead, do the opposite and draw your own unique path. This is the key to success,” he stressed. He is an ambitious, passionate, and emotional person who values deep feelings and cherishes others’ happiness. Johnny Hachem’s message is about peace, and he uses his music to spread it across the world.

How can one make ends meet from composing in this era? Johnny Hachem: To keep the beauty in anything modern he/she composes. And the biggest proof for me is “Jacob & Rachel, The Love Story” it has won the 3rd prize among hundreds of contemporary compositions… Is it important as a classical musician to “be out there” and “sell yourself”? Johnny Hachem: Not at all! Have you ever thought of writing a piece with bel canto vocals in it? Johnny Hachem: Sure I did that before…

Mingle Music UK, wrote about him: To his name, he has a piano concerto, clarinet concerto and a large variety of instrumental and orchestral compositions that have been performed in Lebanon and Europe. Johnny is also a professor at the Lebanese Higher National Conservatory of Music. He has achieved a Masters degree in composition with distinction. It is true that nurturing talent takes practice, dedication, willingness to sacrifice and, of course, determination to keep the goal clear, even when the spot gets tight. When it comes to utter devotion and perseverance, Johnny Hachem, a Lebanese-Ukrainian composer and pianist, is one musician who has proved that with hard work, you can achieve anything in life.

He is a very talented musician who has composed music for several films, including the award-winning documentary by Carmen Labaki: “I Knocked on The Temple’s Door”. To name just some of his work he also wrote piano concertos as well clarinet and violin pieces among others that have been performed around Europe & the Middle East. Johnny Hachem’s music is like a window to his soul. The way he sees things, the feelings that are evoked in people by his compositions – it all comes through so clearly and with such honesty of expression because Johnny himself has been there before you know. 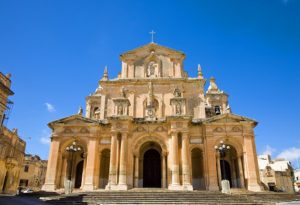